We're gradually inching closer to the reveal of the 2023 Honda CR-V, the replacement for one of the best-selling vehicles in the country. The compact SUV will be shown in its entirety in July, but rather than offering us a seamlessly unending slow drip of carefully cropped teasers, Honda has been sending along generous portions to sample ahead of the full unveiling. This interior preview is no different. 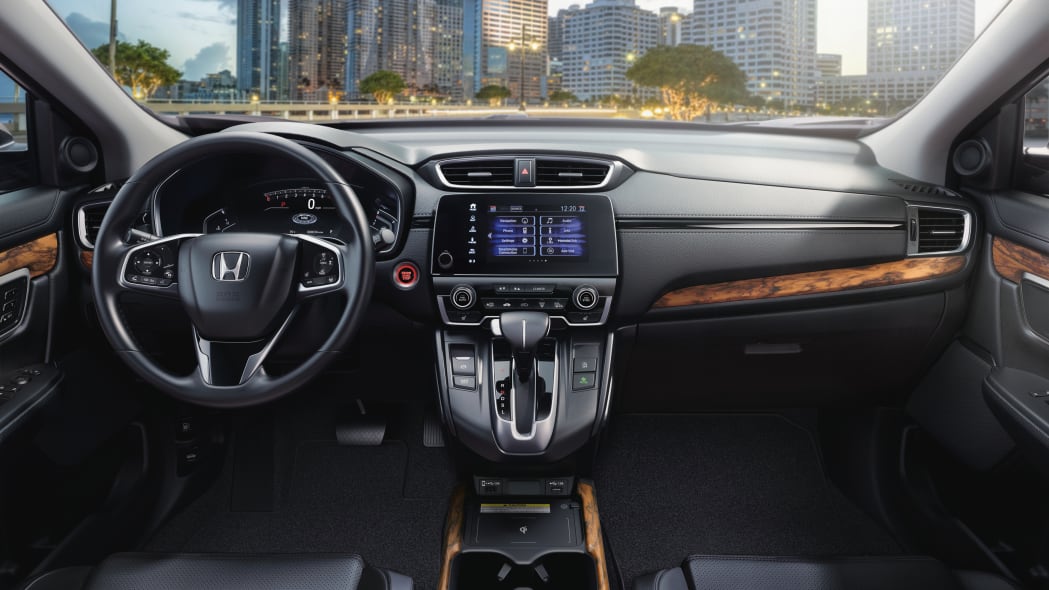 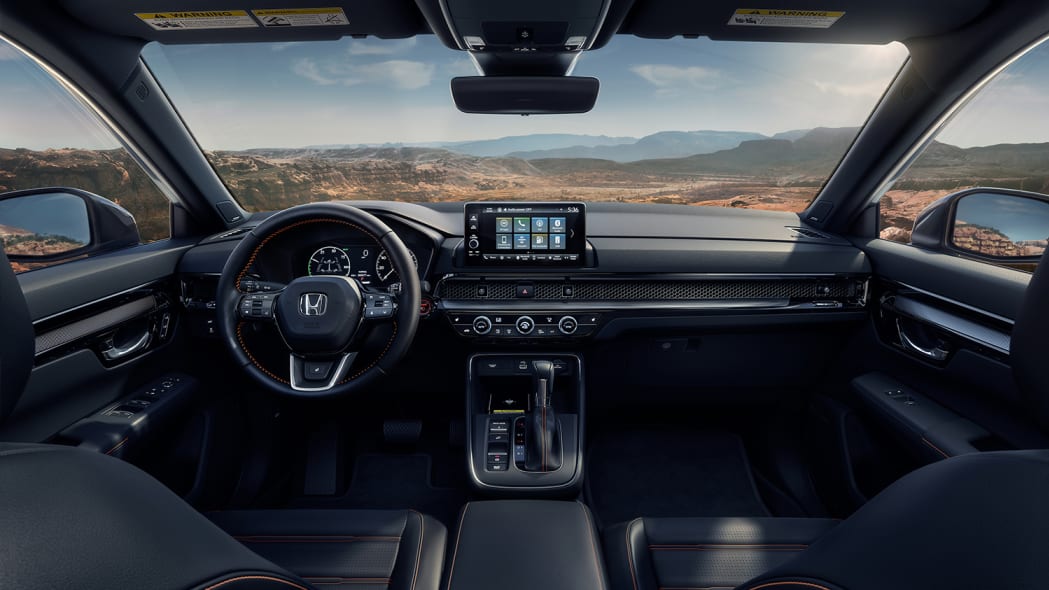 Viewed side-by-side here with the current model (left), there are a few styling decisions that managed to survive the redesign (right). The basic steering wheel and cluster shapes are relatively unchanged, though the finer details of each have been updated. The 2022 model's center-mounted dashboard vents have been moved down into the Civic-inspired mesh grille spanning the right 2/3 of the dash, trading places with the infotainment screen, which now sits prominently atop the expanse.

There's some good news for those who embrace convention. The gear selector remains an old-fashioned handle, though the vertical series of controls to the left of it does bear an eerie resemblance to the push-button automatic transmission selector we've grown used to in Honda's upscale cousins. The wireless device charger visible in the center console of the 2022 model now appears nestled between the gear selector and the center stack.

We're only weeks away from seeing the remainder of Honda's updated compact, but we suspect there may be more teasers coming between now and early July. Stay tuned.