We pop rear-facing car seats in the back, too

In many ways, the 2022 Hyundai Santa Cruz is the pickup version of the Tucson compact SUV. They share a common platform, their faces are awfully similar and their interiors from the front seat forward are identical. Behind the front seats are totally different, and I'm not just talking about the bed.

It was quite clear when sitting in the Santa Cruz back seat during the first drive that it was tight back there compared to the compact SUV norm, let alone what you get in the biggest examples, including the Tucson. The seatback is a tad too upright and the seat bottom rather low. The specs say there's more head- and legroom back there than in the Ford Maverick, but after testing them both, I don't think that shakes out in terms of real-world comfort and usability. 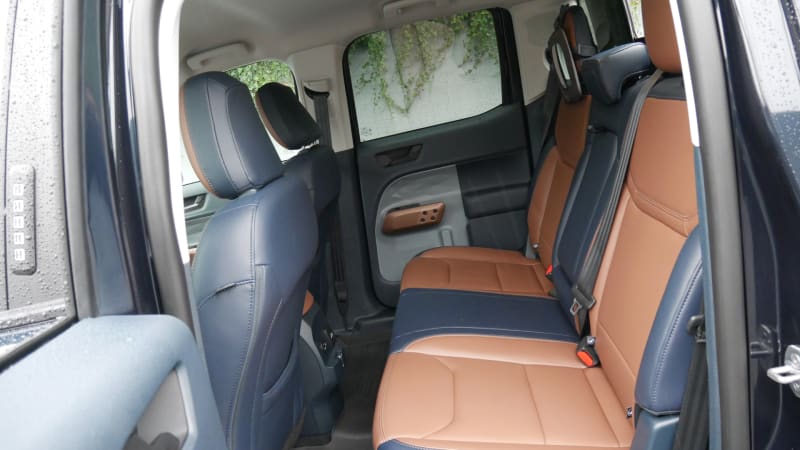 Legroom might effectively be a wash, but the seatback in the Santa Cruz is more noticeably upright than what you'll find in the Maverick (I took the above pictures at different angles, I guess you'll need to trust me here). Then there's the matter of accommodating a rear-facing child seat. In short, there was more space remaining for the front seat passenger in the Maverick. Even at 6-foot-3, I was perfectly comfortable up there with a natural seatback angle and space between my knees and the dashboard. In the Santa Cruz, the seat was pushed far forward and my knees were jammed up against the dash. Admittedly, this could be as much to do with the Santa Cruz's dash design, which juts further out into the cabin.

Now, this probably won't matter as much for a shorter front passenger, but it does illustrate the difference. 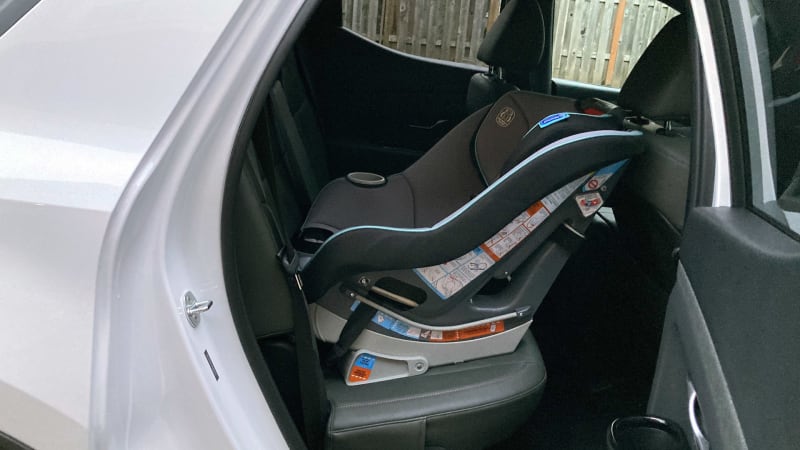 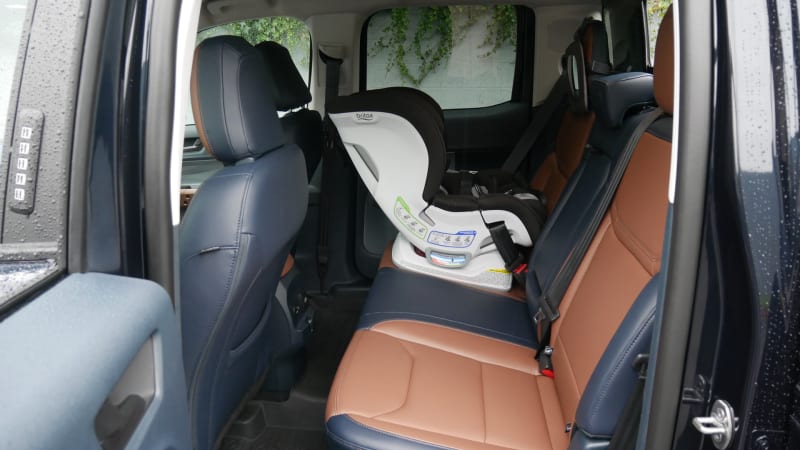 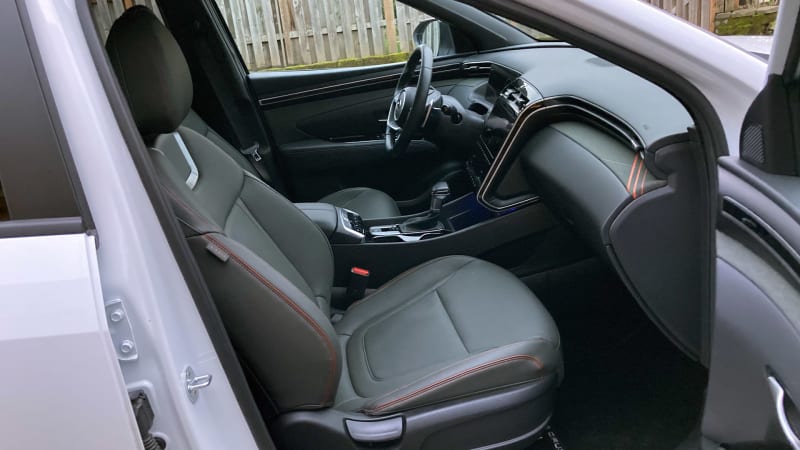 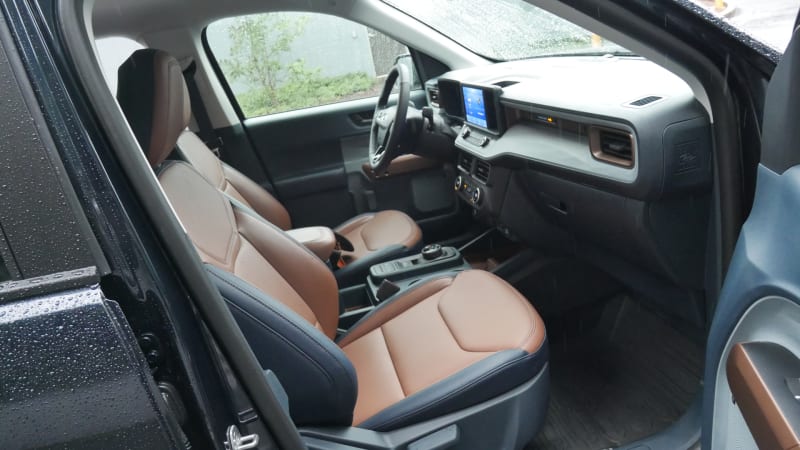 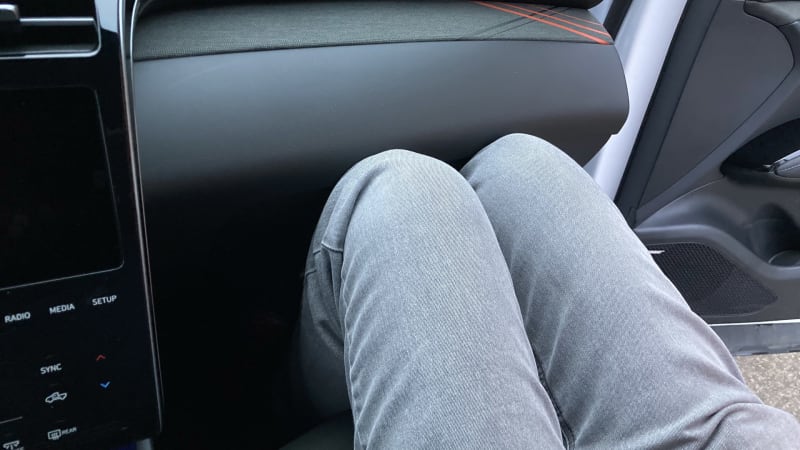 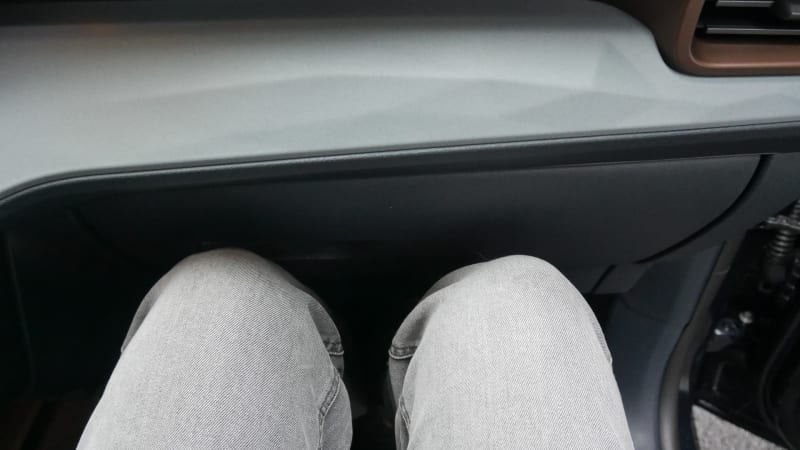 Now, as you'll note, I used different car seats. I used my main car seat, the Britax Boulevard, in the Maverick, whereas the Santa Cruz got the much lighter Graco Contender 65 I use while traveling. Although they differ (a lot) by weight and functionality, the distance from front to back is virtually identical. So, this may not be as scientific as it could be, but I feel confident in the conclusion. 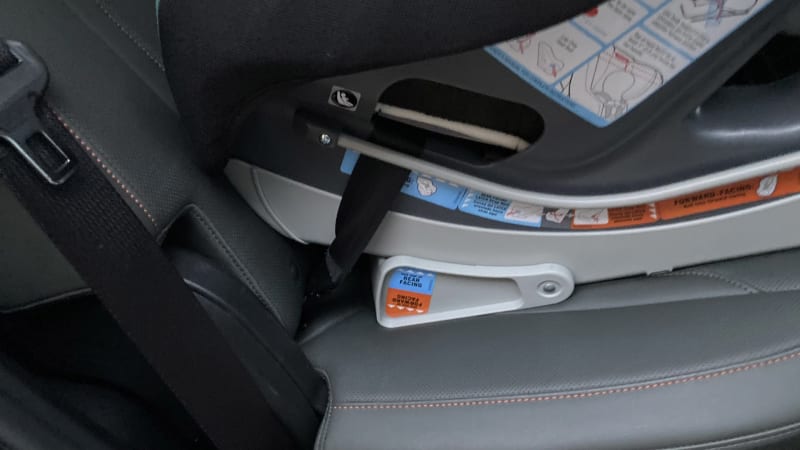 I will say, however, that the Santa Cruz's LATCH anchors couldn't be easier to access and to use. The Boulevard doesn't use LATCH, so that part of this back seat comparison will just have to labeled with a shrug emoji. For what it's worth, the Ford Escape's LATCH anchors were quite easy to find and use, too, if not quite as good as the Santa Cruz. 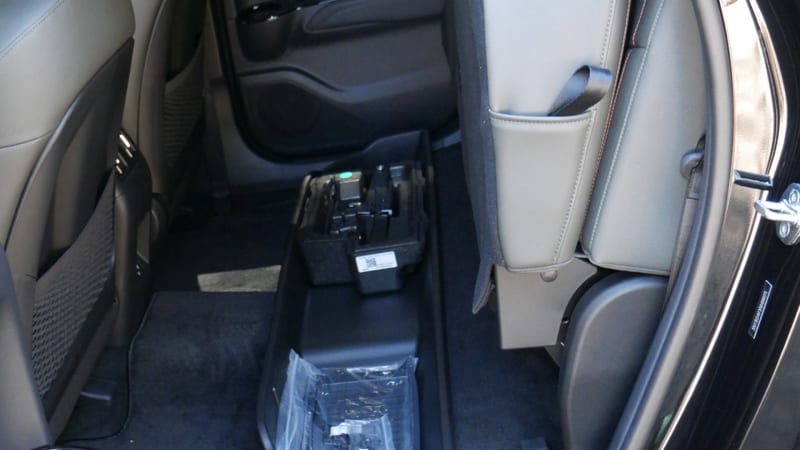 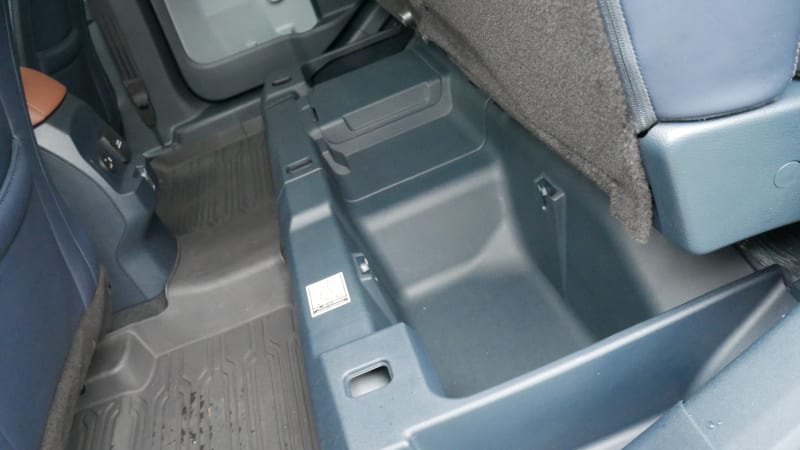 Both seats also flip up, regrettably as one piece rather than split 60/40. The Santa Cruz does seem to have more space underneath, but the Maverick's two dedicated areas would presumably do a good job of keeping things in place.

In conclusion, the Santa Cruz interior is not as family friendly as that of its Tucson sibling, and probably not as much as the Maverick. 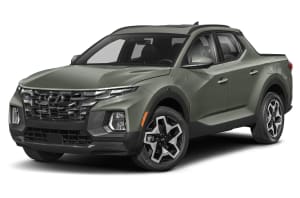 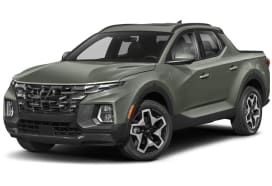 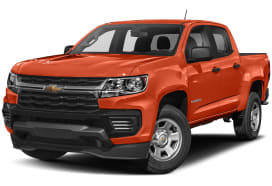 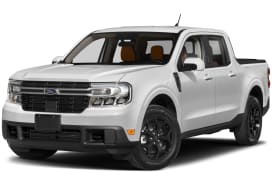