It's also the most affordable option in its class

With the introduction of the compact Corsair Grand Touring, Lincoln adds its second plug-in hybrid model. Like its bigger Aviator sibling, the plug-in Corsair shares technology with a Ford, but provides additional performance and a substantially improved interior that make it a credible luxury vehicle. And compared to other small plug-in SUVs, the Lincoln has pluses and minuses, but still is an attractive package for the right buyer thanks to strong value, efficiency and style.

The Lincoln Corsair Grand Touring, like its internal-combustion counterparts, is based on the Ford Escape. Up front, it uses the same naturally aspirated 2.5-liter four-cylinder and electric motor as the Ford Escape PHEV, not to mention a motor-based CVT. But it picks up a rear-mounted permanent-magnet motor to provide additional power and all-wheel drive. It makes 266 horsepower combined, an increase of 46 ponies over the Ford. Compared with other Corsairs, it's just 16 horsepower more than the base Corsair with its turbocharged 2.0-liter engine, and it's down 26 horsepower from models with the optional turbo 2.3-liter engine. It's low on power compared to other slightly larger plug-in competitors such as the 304-horsepower Lexus NX 450e as well as the Audi Q5 E-Tron and BMW X5 xDrive45e, both of which make more than 350 horsepower.

On the other hand, the Lincoln offers strong fuel efficiency. On a full charge, it can go an EPA-rated 28 miles on electricity. Running in gasoline-only mode, it gets 33 mpg. The aforementioned BMW can go 31 miles on a charge, but gets a paltry 20 mpg on gasoline only. The Q5 only goes 19 miles on a charge and gets 27 mpg on gas. The Lexus is the only one to top the Lincoln with 37 miles of EV range, and a gas-only fuel economy of 36 mpg. 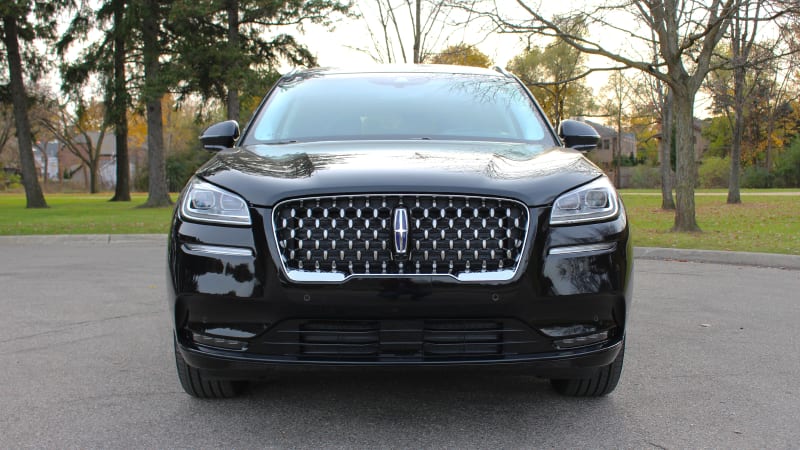 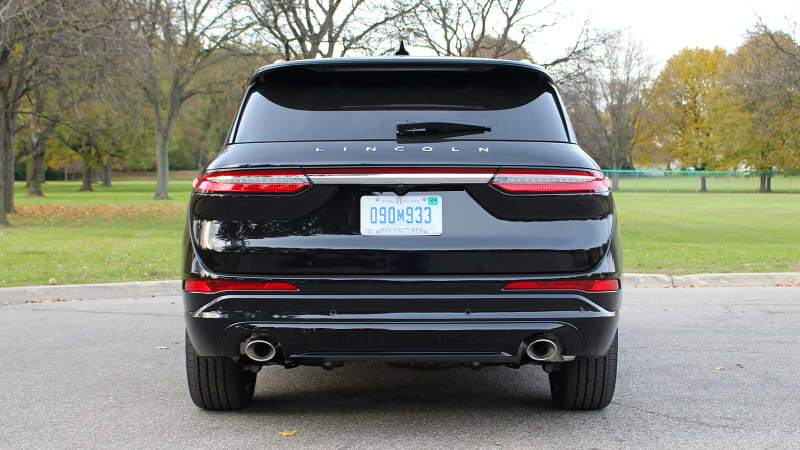 In practice, the Lincoln is, as you would expect of the numbers, no sports car, focusing instead on smoothness and reasonable refinement. Power delivery is extremely smooth, and there's no noticeable vibration added when the gas engine comes into play. You will hear it when it comes on, though, and it's not especially smooth. Thankfully, Lincoln has added more sound deadening as well as active noise cancellation to the Corsair in comparison to the Escape, so overall engine volume is low. Also, while the Corsair isn't fast, the torque from the electric motors means it's nippy around town.

Being a plug-in hybrid, some of the Corsair's appeal is the ability to drive on full electric power. This is pretty easy around town, particularly around 30 or 40 miles per hour. It will also cruise at highway speed fairly comfortably on electric power. But getting to highway speed, as well as building up passing speed, takes quite a bit of patience, and can be a little worrisome in heavy traffic.

Similar to other Lincolns, the Corsair Grand Touring's chassis tuning is aimed at comfort over sportiness. It also features standard adaptive suspension that can be switched between particularly soft and somewhat firmer settings. The standard comfort-focused suspension in most drive modes is overly soft, resulting in lots of body roll in corners and vertical motion over bumps. Switching to "Excite," the Corsair's sport mode, improves body control significantly, enough that it's worth the comparatively small increase in bumpiness. Suspension aside, the Corsair has accurate steering with a surprising hint of feedback, and the brakes are nicely blended, even if they feel a bit artificial. 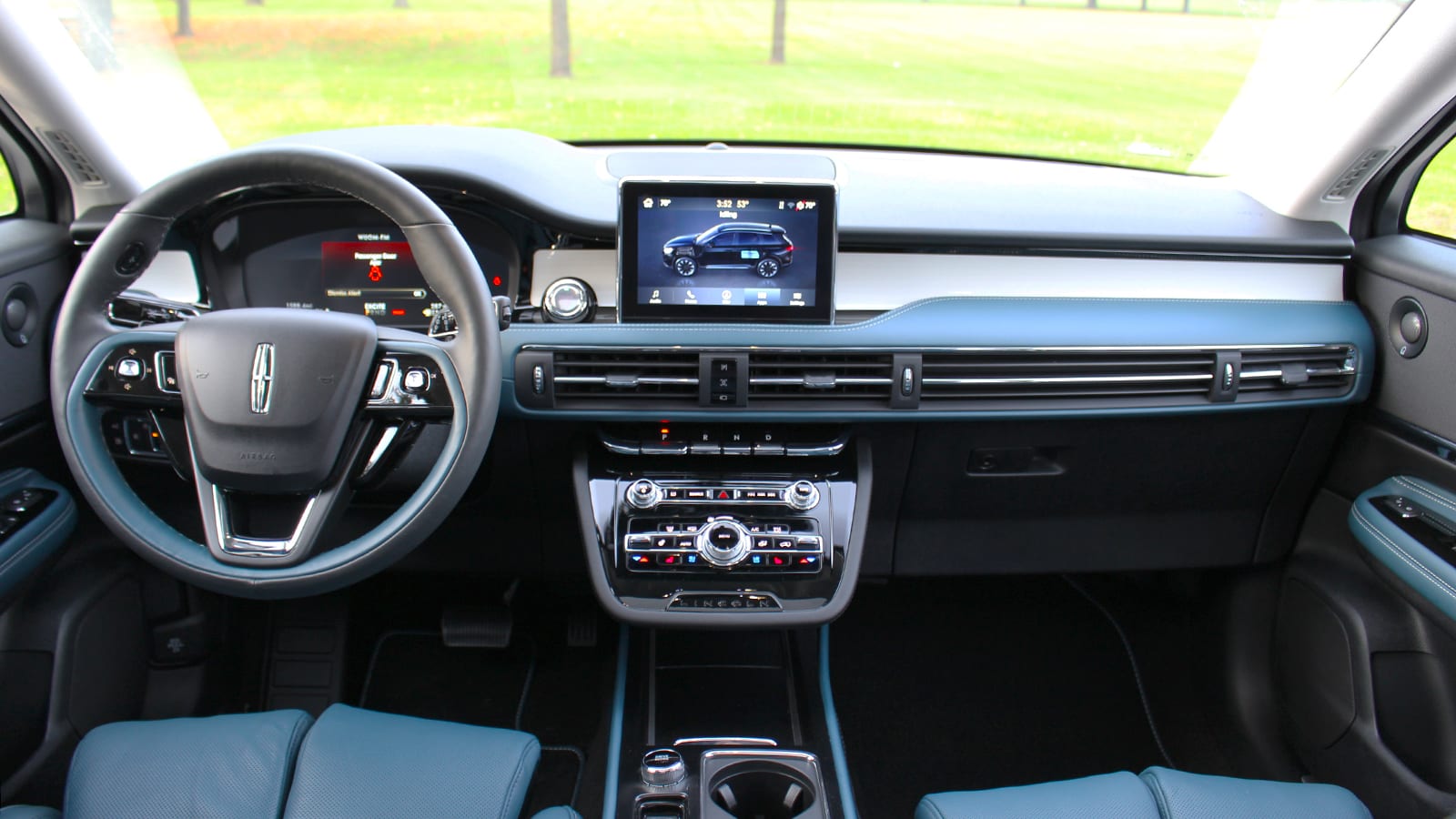 Also like other Lincoln models, the interior is a real highlight. The design clearly harkens to vintage Lincolns and mid-century design with a low dashboard and liberal use of chrome. The center stack floats above the console, and optionally, a Lincoln logo can be projected on the console in the same color as the standard ambient lighting. Leather upholstery is standard, and it appears on the seats as well as the dash and doors. Aluminum and wood trims are available to adorn the dash, too. The Lincoln refreshingly uses easy-to-understand physical buttons and controls on the center stack. The knobs are weighty and have a nice knurling on the edges. They're all augmented by an 8-inch touchscreen. It runs SYNC 3, and it's functional and has understated colors that fit the Lincoln's vibe. The instrument panel is similar, but with a 12.3-inch screen.

While 10-way power adjustable seats with heating and memory settings are standard, our test model came with the optional 24-way adjustable seats with added ventilation and massage functions (as well as the extremely pretty and unique Beyond Blue upholstery color). While having so much adjustment is nice on paper, the seats themselves aren't especially comfortable. They're a bit flat, and the thigh extensions lack stiffness, and as such don't provide the support one would expect. Of course, as with all seats, try before you buy. 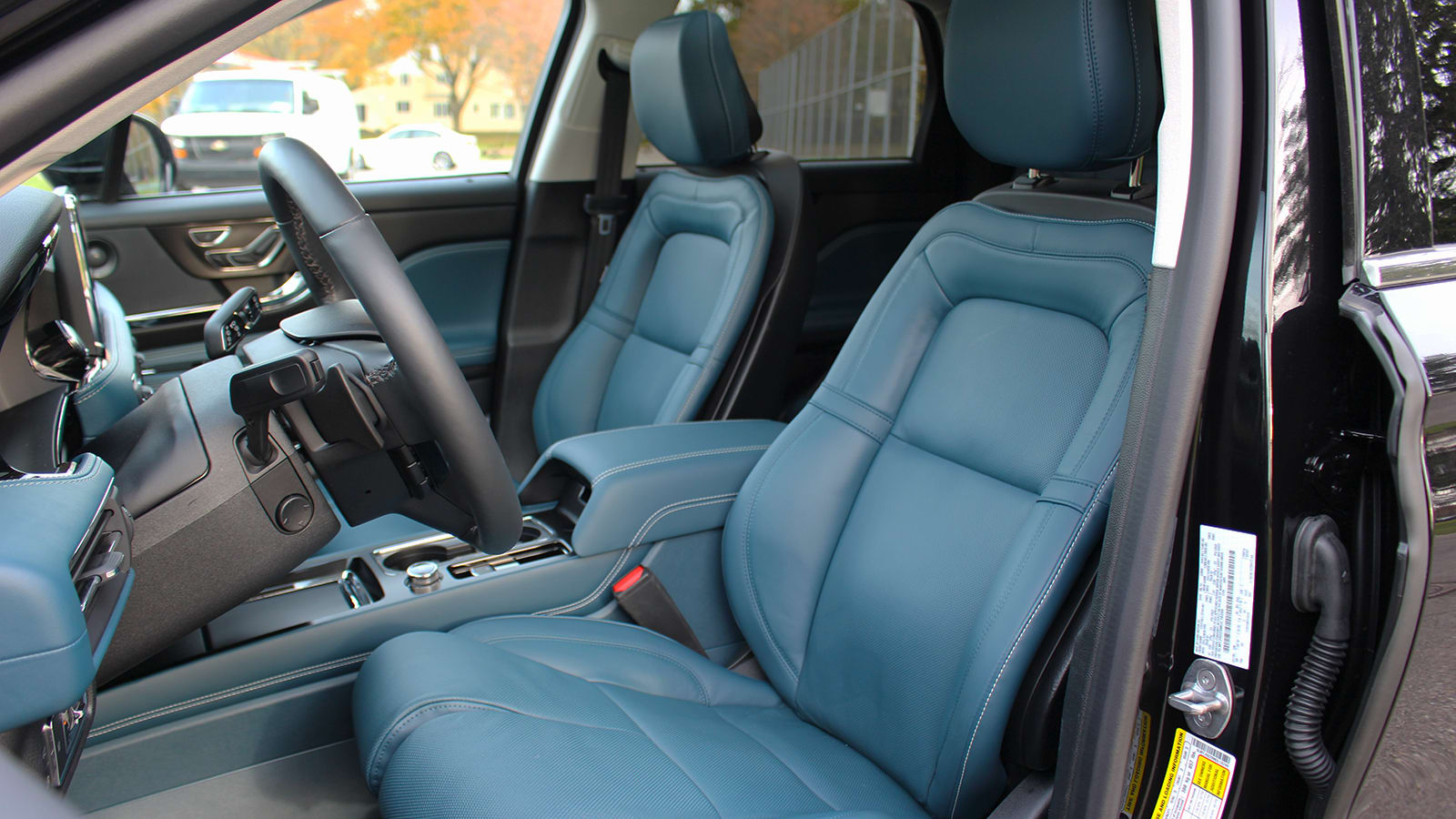 Passengers do get a decent amount of space. The Corsair feels a little narrow, but there's good head and legroom for all passengers. The rear occupants in particular have quite a bit of legroom, and their seats slide and recline for optimal positioning. The adjustment also helps make up for their fairly flat shape. And by the numbers, the Corsair boasts more space in those dimensions than the Lexus, and close to that of the Audi, despite both being bigger. Cargo space is also impressive at 26.9 cubic feet with the rear seats up, and 56.2 cubic feet with them folded. That's bigger than all of the Lincoln's near competitors. 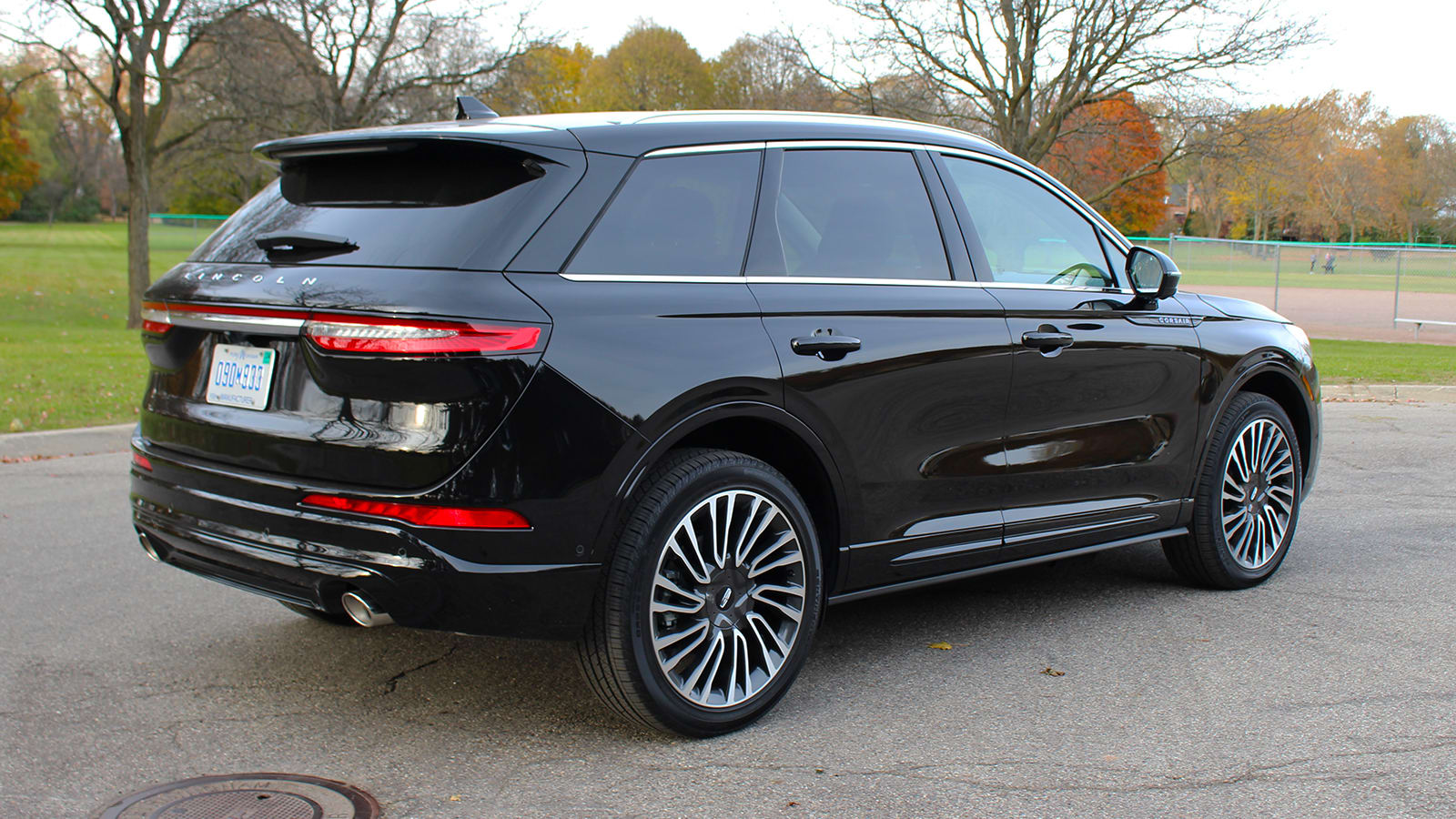 The Lincoln isn't cheap at $51,525. It's roughly $10,000 more than the Reserve trim below it and around $5,000 more than a Reserve with the more powerful 2.3-liter engine. But it does have the excellent fuel economy as well as a few features that would have to be optioned on the Reserve. Also, the Lincoln is cheaper than any of the other small luxury plug-in SUVs. The most affordable of the ones discussed is the Audi, and it's around $4,000 more; the Lexus is around $5,000 more. Of course, both offer more performance, and the Lexus is more efficient.

In a small-but-growing segment, the Lincoln Corsair Grand Touring may not be a class-leader, but it still has plenty to offer. While down on power, it offers high style, practicality and efficiency. And it offers all that with the most affordable price tag of any small plug-in luxury SUV. 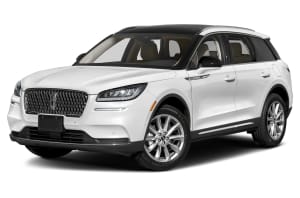 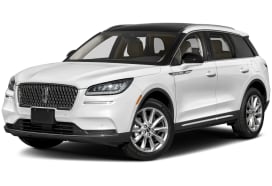 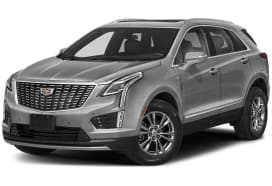 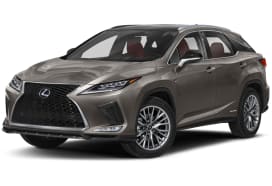 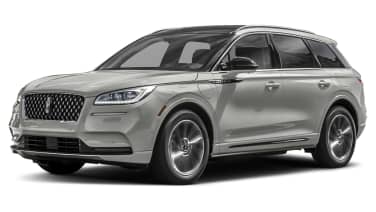 ¤200 - ¤1,318 Nat'l avg. savings off MSRP
See Local Pricing
I'm not in the market for a vehicle at this time. Please move this suggestion to the side for 30 days.
Huge Savings